As some of you may know my day job at Gameloft is developing ebook projects. I've been working on adapting War in the Pacific [this is the iTunes link] by Richard Ovary for many months, and was very proud when it was released in iTunes for the iPad last week.

It was great to see some of the early reviews such as: http://stylishipadapps.tumblr.com/post/2793308704/remember-the-war-war-in-the-pacific, it seems the tech world is starting to grasp what we're trying to do. Expand.

Check out this promotional video made by our team at Gameloft made to promote the app.

It was a fun project to bring to the digital world, it was a lot of work, but very satisfying to see the vision come to fruition. Developing ebook apps for the iPad is incredible work, and the possibilities seem limitless.

In the way of blogging.

Hi all! Happy New Year, 2011 is here. Well, many things have gotten in the way of blogging in the latter part of 2010, but I'm not going to sit here and whine about it, instead, I'm going to move right along just like father time...as it keeps ticking.

My day job of developing digital book projects has me working many hours and although much of my commute time had turned into sleeping in bits when able, I also managed to keep the reading going right on into this new year.

The last book of 2010  that I've read goes back a long way. One of the holes in my Stephen King reading has long been the Dark Tower books (gasp, shock! I know), but I'm finally getting around to it. The Dark Tower: The Gunslinger was just the introduction to this western fantasy landscape that I knew it would be. I look forward to continuing with the series, especially the next three books which I've heard many good things about.

I did have a bit of an ass-backward preamble having read many of the Dark Tower comic book tie-ins that Marvel released over the past few years which set up the atmosphere for me and led me right into Rowland's harsh world.

Just wanted to share that bit. I have a few manuscripts to get through before I journey back to the unread shelf in my office, but I plan to be back here reporting on this and that more regularly. 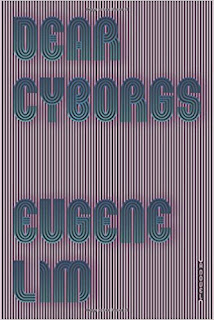